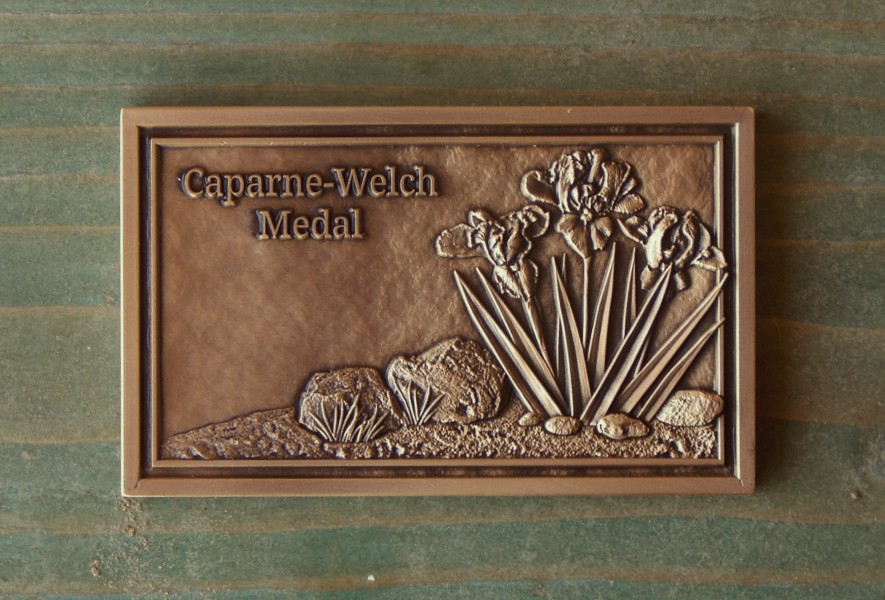 William John Caparne was born in Newark-on-Trent, Nottinghamshire, in 1855, and his name was spelled "Caparn" until he added a final "e" in his later years.

Both of his parents were artists and shared a love of gardening and flowers. He taught art at a local school and in his own studio, and he sold bulbs and seeds of difficult to obtain garden plants. After his wife died in 1894, he left his teaching position and in 1896, he moved to the isle of Guernsey. Living in a small cottage, he converted an old tramcar into an artist's studio. Here he lived, painted, and grew and hybridized irises and other flowering plants until he became totally blind in 1938. He died on Guernsey in 1940.

Caparne's life was much influenced by his friend Sir Michael Foster. Foster was an admirer of Caparne's paintings and asked Caparne to paint irises. Caparne developed an interest in breeding irises, and by crossing dwarf species with taller cultivars created a new "race" of intermediate irises. He also worked extensively breeding various dwarf iris species and was the first iris hybridizer to concentrate on smaller irises. Most of the dwarf iris cultivars grown in gardens in the first quarter of the 20th century were products of Caparne's hybridizing efforts. The art world saw a renewed interest in Caparne's paintings in the 1990s, and his works gained increased admiration and value. If you are interested in knowing more about William John Caparne, it is suggested you obtain two books by Robin A. Fenner: A Genius Undeclared (Tavistock, 1994) and Guernsey My Heaven on Earth (Tavistock, 1998). These two books reproduce a number of Caparne's iris paintings, and Guernsey My Heaven on Earth lists and describes many of the irises bred by Caparne. ,

The founder of the Dwarf Iris Society, 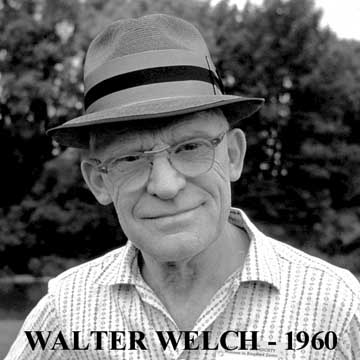 Walter E. Welch, was born in Missouri in 1887. A musician and artist, he studied at the Art Institute of Chicago and was a talented interior decorator. After moving to Middlebury, Indiana, he worked for the U.S. Post Office Department. There he met Paul Cook and began hybridizing irises. He shared Cook's enthusiasm for dwarf irises, and set out to develop new forms for the garden. Welch introduced his first dwarf iris cultivars in 1950. One of these, 'Primus,' won the American Iris Society's Caparne Award, which was the top award restricted to dwarf irises at that time. Seven more of his dwarf introductions won this award: 'April Morn' (1954), 'Blazon' (1955), 'Sparkling Eyes' (1956), 'Veri Gay' (1958), 'Cherry Spot' (1960), 'Fashion Lady' (1964), and 'Atomic Blue' (1965).

Walter Welch organized the Dwarf Iris Club in 1950, and published the first dwarf iris Portfolio that same year. The Dwarf Iris Club later became the Dwarf Iris Society. Welch edited the Portfolio for 12 years. He founded the dwarf iris robin program and at one time was serving as director for eighteen robins. Even after he had relinquished his editor position for the Portfolio, he continued to contribute many learned articles. He organized the dwarf iris slide program. Walter Welch was tireless in his efforts to promote dwarf irises and to encourage younger hybridizers. List of Caparne-Welch Medal winners - Miniature Dwarf Bearded (MDB) Irises: List of Caparne Award winners - Miniature Dwarf Bearded (MDB) Irises:
(Prior to 1983) -- Main.RPries - 2009-12-24