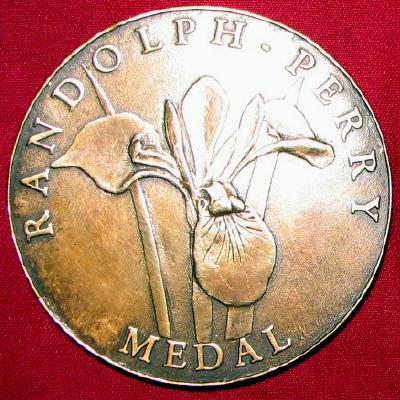 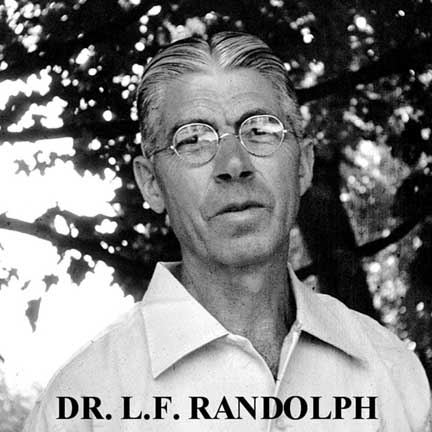 Dr. L. F. Randolph, or "Fitz" as he was affectionately called by his many friends and associates, was one of the most important figures in the world of irises for several decades. He received his Ph.D. from Cornell University. He was a professor of botany at Cornell University, and at the same time, he was a cytologist for the United States Department of Agriculture. His scientific studies of corn genetics gained him worldwide recognition. He was the first person to induce polyploidy in corn, and he developed a strain of highly fertile tetraploid corn. He was also an authority on the cytogenetic effects of X-rays on corn and various other plants, and he was an acknowledged authority on the cytology of orchids.

Dr. Randolph was chairman of the AIS Scientific Committee from 1945 to 1956. The work he and his students Jyotirmay Mitra and Katherine Heinig did on iris chromosomes produced many published monographs and provide the basis of our scientific understanding of the genus. He conducted a number of extensive iris species collection expeditions and brought back new species and many new forms of other iris species, especially of I. pumila . Bee Warburton wrote about one occasion when Dr. Randolph showed up at an iris meeting in Westboro, Massachusetts with a truck of iris species. She wrote: "They filled the whole trunk, all these species never before seen in America, pot after pot, all in full and generous bloom, atticas, pseudopumilas, chamaeirises, aphyllas, furcatas, undreamed of forms of Iris pumila."

Dr. Randolph created the current AIS classification system for garden irises. He edited the book Garden Irises, which was published by AIS. He served as Membership Chairman for AIS (195659), and was the president of AIS (1960-62). AIS awarded him the Distinguished Service Medal in 1951. The British Iris Society honored him with the Foster Memorial Plaque in 1955. 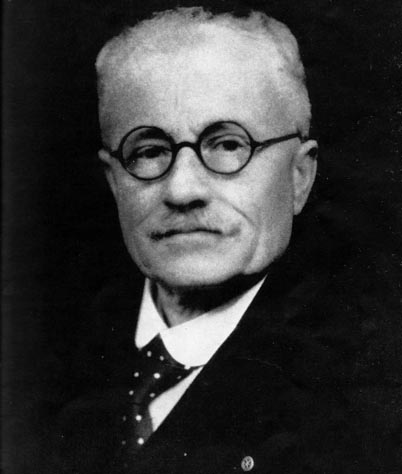 The first British Dykes Medal ever awarded went to 'Margot Holmes' in 1927. Amos Perry hybridized this cultivar, a cross between I. chrysographes and I. douglasiana . Perry's yellow tall bearded iris G. P. Baker won the British Dykes in 1930. These awards would represent the highest achievement for most iris breeders, but for Amos Perry they were just more trophies. The plants he hybridized-irises, daylilies, oriental poppies, ferns, water lilies, delphiniums, asters, and others---won many Awards of Merit from the Royal Horticultural Society (RHS). The RHS society awarded Perry its highest honor, the Victoria Medal of Honour, in 1935. Perry received the Veitch Memorial Medal in Gold in 1950.

Amos Perry was born into a family of nurserymen. Perry was one of the first hybridizers to use the tetraploid irises 'Amas', I. trojana , I. mesopotamica and I. cypriana . One of his first introductions was 'Black Prince' (1900), a star in collections of historic irises to the present day. He introduced scores of new bearded cultivars, but he was more interested in Siberian irises and iris species. He probably created more new hybrid interspecies irises than any other iris breeder. His new hybrid irises often had names that indicated their species parentage, such as 'Chrysogana' ( I. chrysographes x I. bulleyana ); 'Tebract' ( I. tenax x I. bracteata ); 'Longsib' ( I. longipetala x I. siberica ); and 'Chrysowigi' ( I. chrysographes x I. hartwegii ). [Today cultivar names can no longer be composites but these old names have been conserved] He also raised hundreds of new hemerocallis cultivars even though the daylily was not popular with the gardening public. He believed there would come a day when people would see the merits of daylilies, just as he had earlier believed people would come to see the virtue of irises.

Addendum: Randolph and Perry were chosen to be honored by this Medal for species hybrids because of their contributions in recognizing natural hybrids and experimenting in new directions with crosses between species. Randolph's chromosome work proved that Iris pumila had arisen naturally from crossing Iris attica and Iris pseudopumila . Today a number of recognized Iris species are attributed to natural crosses between various ancesters including the type of the Genus, Iris germanica . The award is given by SIGNA to encourage innovation creating entirely new types of Iris.