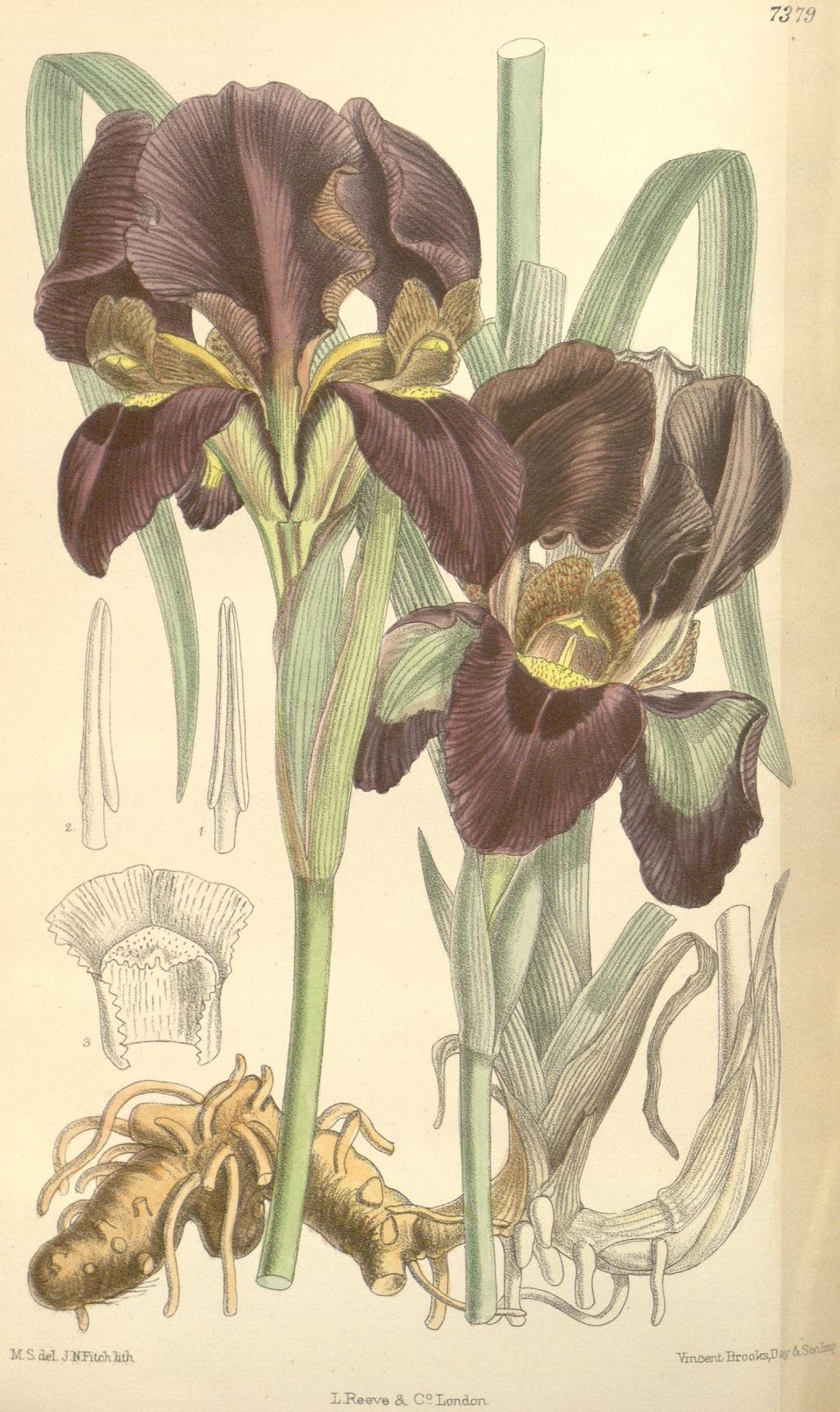 Iris atropurpurea variety atrofusca (John Gilbert Baker, 1894) Considered at times to be a separate species; Iris atrofusca and as only a variety of Iris atropurpurea by Baker in Curtis's Botanical Magazine, table 7379, 1894 with these comments; "I. atrofusca, Baker in Gard. Chron. 1893, vol. i. p. 384. A full account of the Irises of the subgenus Oncocyclus, by Professor Michael Foster, with directions for their cultivation, appeared lately in the Garden (1893, vol. i. p. 130). They all inhabit Palestine, Syria, and Asia Minor, and require less humidity and more sunshine than we can give them in England, and in their native homes die down to the rootstock and remain at rest for a large part of the year. As above cited, I described the present plant in 1893 as a species, from specimens procured from the east of the Jordan by Messrs. Herb and Wulle of Naples. Now after studying fuller material I look upon it as a variety of atropurpurea. Baker, which was first imported in 1889 from Palestine by Messrs. Dammann and Co. Our plate was drawn from specimens flowered in Gloucestershire in April, 1894, by H. J. Elwes, Esq.