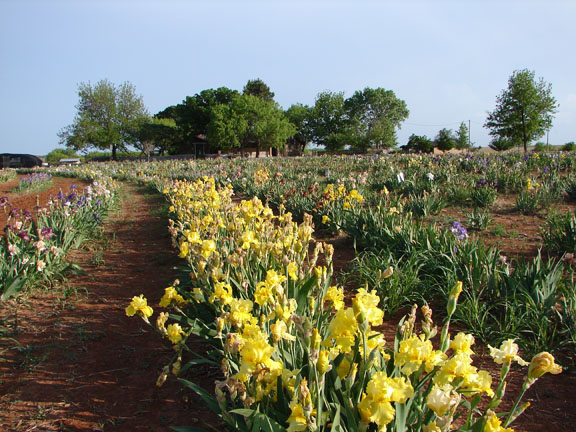 Alton Pyburn is a graduate of Texas A & M University, class of 1953. Upon graduation he was a commissioned 2nd Lt. and served his two years of active duty in the U.S.A.F. He then began working for the U.S. Department of Agriculture and had 36 years of service behind him when he retired in 1990.

His interest in Irises began in the early 1970s when his wife was given some Irises from one of her friends. Up to that time he had not shown much interest in flowers. But he became enamored with the beauty and delicacy of the flowers and thought it might be interesting to see if he could cross them. At that time our town of Sweetwater, Texas had an active garden club and the president lived only one block from our house. He approached her about collecting pollen from her blooms and of course she said he could have some. That led to helping his Irises make seed. Soon the garden club wanted to see the first blooms on the new Iris babies and Alton was a "goner". We lived in a house on a city block and soon all the flower beds were full. We found some acreage on the north edge of town and Alton began growing his Irises out there, but he was never at home during his hours off. He was always out at the new place working with his Irises. In 1977 his wife, Lou Ann, suggested that a new house out there would be a good thing. Then we could all be together again.

In 1997 Vada Day, a member of the Abilene Iris club encouraged the registration of our first, Southwest Vada Likes. A visit to Mountain View Iris Gardens in Lawton, Oklahoma in 1999 brought us in contact with Lacy Hagood and he requested seedlings for his garden. They bloomed and in conjunction with Mountain View we started to register and Mountain View began to introduce. Our last registration, Southwest Ritz, was on September 1, 2009. Since that date seedling growing has been mostly for pleasure. Being too "chicken hearted", we keep way too many seedlings.

We have been furnishing rhizomes to the Abilene Iris and Daylily Society, an unaffiliated club, for their annual sale each year in August. Proceeds from this sale go into a fund for helping with a college scholarship to a graduating high school senior each year.

Our first requirement for a "keeper" is that it can take our harsh Rolling Plains weather of high winds and hot sun. This requires sturdy bloom stalks and thick petals. If it meets this test, then comes other nice features.

Our seedling Southwest 08-6-10 at the National convention was a cross of Stand In Awe X Dance Recital. Both of these parents have grown quite well here.

Seedlings: Seedling #08-6-10 (shown at the right) hybridized by Alton R. Pyburn of Region 17, Sweetwater, Texas has won the Zurbrigg-Mahan Seedling Cup at the Dallas 2014 spring convention. 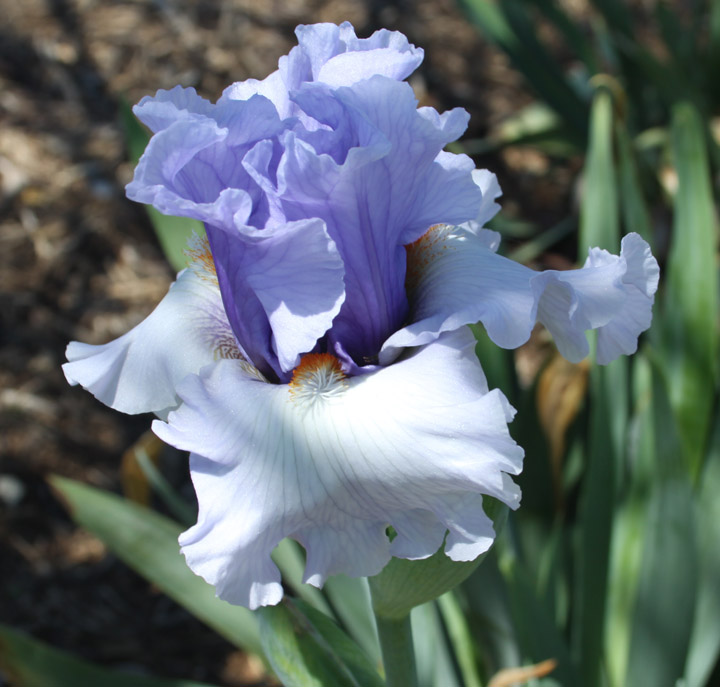