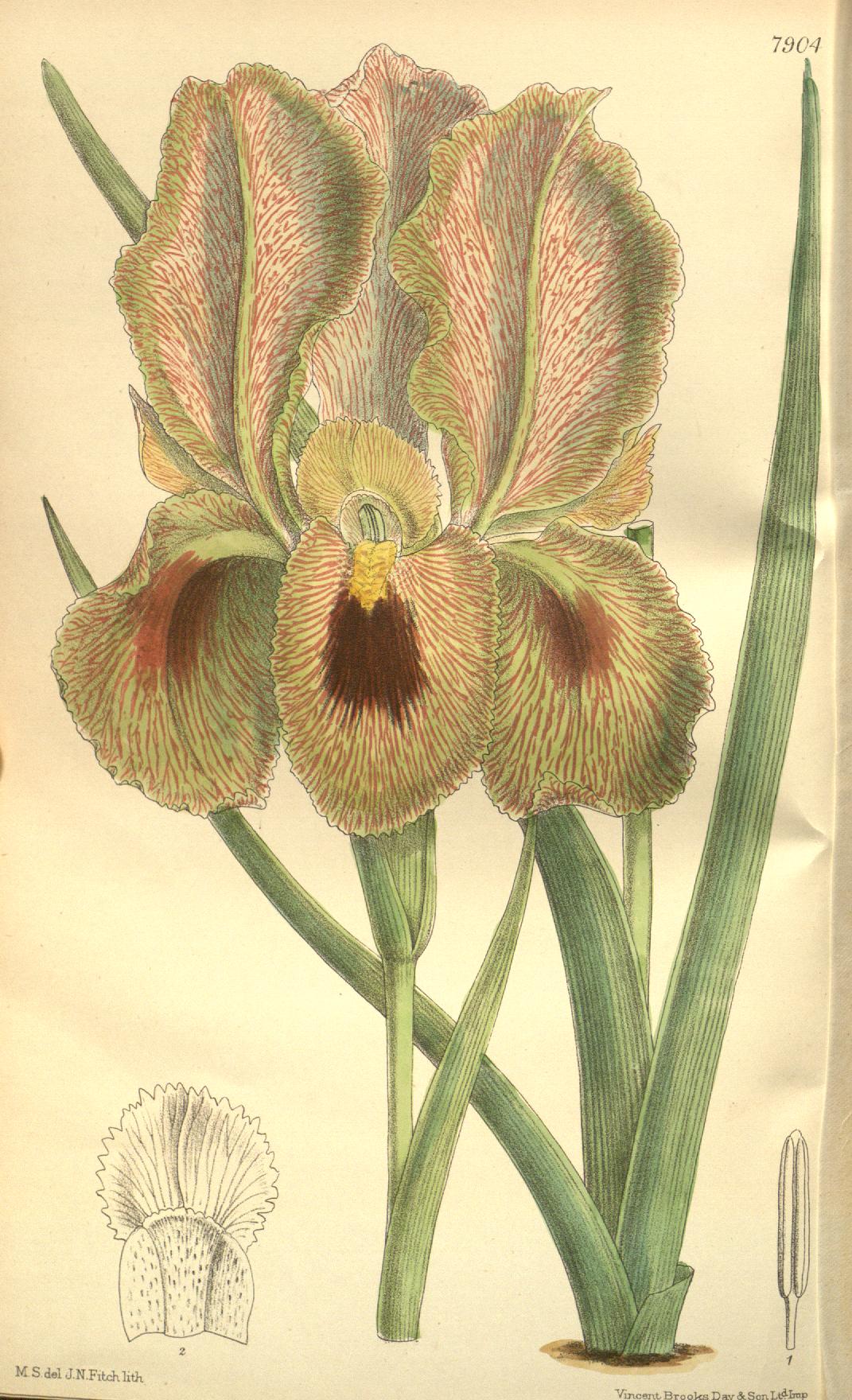 This strikingly handsome tawny Iris grows on themountains a few miles south of Kharput. I am indebted for living roots of it to the kind zeal of Mrs, Barnum, of the American Mission, Kharput,
who has been indefatigable in assisting me to a knowledge of the Irises of Asia Minor, and who has sent me not only this and the little L reticulata sophenensis, but also several other Irises, some of
which promise to be new. It is called bv the country people the Wolf’s Wolf's ear and indeed the tawny tips standards as they burst out' of the opening fairly suggest the name; hence I have ventured to call it I. lupina, the Wolf Iris, it flowered with me in May. It belongs to the Oncocyclus group, and comes
nearest to I. Heylandiana (Boissier), from which, however, it is distinguished by the form of the segments, by the semicircular crests of the style, by the colour, and by the narrow less falcate foliage.
It needs the same cultural treatment as other members of the Oncocyclus group.